We're available to discuss treatment options.
Call 646-926-3068 to schedule an appointment. Or we can call you.

| Schedule Appointment Online
Home / What are Kidney Stones? What are Renal Stones?

What are Kidney and Renal Stones? 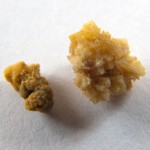 Kidney stones and renal stones are synonyms.  Calculi is a synonym for stone and sometimes kidney stones are called “kidney or renal calculi”. Both terms kidney and renal refer to stones (calculi) located in the kidneys.  Kidney stones can be small – a few millimeters in diameter or they can grow to fill the entire kidney with stones (Staghorn stones or calculi)

What are Ureteral Stones? 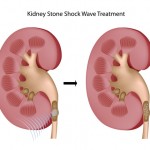 What are Kidney Stones Made Of?

Kidney and ureteral stones are synonymous as the only difference is their location. All ureteral stones form in the kidneys.  Renal stones are typically made of one or combination of the following: uric acid, phosphate and calcium. Sometimes protein fragments can also be present. Kidney stones can also harbor bacteria or fungus. Cystine and indinavir stones are less common. Magnesium ammonium phosphate are typically ‘infection stones’.  Other stone components infrequently occur.